An article posted by an NGO on LinkedIn:

You Waste 1.3 Billion Tonnes of Fabric. What are you Doing About It?

I just want to put this in perspective:

Bear in mind that the author is holding each and every one of us responsible for this colossal waste.

Based on this, my wife and I have wasted either 2432 meters of fabric, 1216 garments, or some combination of the two. I must tell you that having carefully checked every room in our house, I have been unable to find either our designated 2432 meters of fabric or our 1216 garments. Assuming the article to be correct, I am forced to conclude that my wife has been buying surreptitiously large quantities of textiles and garments. I am waiting anxiously for my wife to return home⎯ from shopping⎯ to demand she tells me what has happened.

My wife has just returned and has admitted the awful truth. Here is her confession: “Well dear, you know about impulse buying. I am not sure what happened. I just could not help myself. Here they come now ⎯ the two 20-ton lorries with our new fabric and garments.”

It appears that like so many others, my wife has become addicted to compulsive-textile- and-garment-purchasing syndrome

The story above is of course Absurd ⎯ harmless but still absurd

However, the data reported in the article, and the article itself may be absurd, but is anything but harmless.

Our industry is involved in a serious fight over sustainability.

On the one side we have stakeholders including importers, garment and textile suppliers, together with serious NGOs, and some governments that are investing substantial amounts of time and money to make our industry more sustainable.

On the other side we have those living in denial, who for a variety of reasons stand against any move to make our industry more sustainable.

As in most situations involving change for the better, those moving forward face much greater problems than those adamantly opposed to change.

The move towards greater sustainability is not simple. A change for the better in one area, may lead directly to a change for the worse in another area.

The move against herbicides and insecticides often leads to greater use of genetically modified crops. In some cases, it has resulted in greater use of child labor;

The move against polluting chemical dyestuff may lead to the increased use of toxic natural dyestuff;

Governments’ efforts to support development in one area may have serious negative effects in other areas. For example, the Government of India’s efforts to provide free electricity to farmers has resulted in those farmers using irrigation pumps 24 hours a day, with the result that a made-in-India T-shirt requires 1300 liters of water.

Those of us working towards greater sustainability have an obligation to be totally transparent, and more importantly, more accurate.

Those living in denial do not face the same problems. They can avoid complexities and problems and move directly to absolutes. The deniers need not research to find accurate data, they can make it up as they along. To support their contentions, they may resort to half-truths, quarter-truths, and no-truths-at-all.

However, by far the absolutely worst scenario is when well meaning supporters of sustainability themselves resort to nonsense data. This is indeed grist for the deniers’ mill, offering indisputable evidence that the case for sustainability is filled with garbage data.

The good news is that garment making is to a large degree a model for sustainability. Our industry has been sustainable, long before the word “sustainable” came into common usage.

Fabric waste on the factory cutting floor was not thrown away, but rather sold onward to those who turned scraps into marketable products.

Factories sold off damaged unshippable garments to such a degree that in many cases importers at the higher end of the market paid their factory suppliers 70% of FOB to ship the damaged garments to the importers.

After sale to the consumer, the process continued:

The sale of used clothing is and has always been business. When we donate old clothes to the Salvation Army, the Army sells those clothes to raise money for their charitable efforts;

Returns by consumers, rather than being put back into stock or discarded are often sold to third party discounters, who in turn resell the garments in countries where the label is not available. In a world where retail mark ups often reach 75% or more, selling the returns at less 70% is a good deal all around.

The industry moves naturally in a downward progression: new clothing ⎯ used clothing ⎯ rags ⎯ reprocessed fiber and yarn. We are moving to a world where only after a garment undergoes 2-3 lifetimes is it relegated to the landfill.

On the factory side, there is a growing trend (started in Sri Lanka) towards 0-carbon-footprint-factories.

On the customer side, importers are now imposing upstream restrictions to ensure higher levels of sustainability not only on textile mills but also on fiber producers.

Stakeholders on all sides are working together with chemical suppliers to create lists of dyestuff and other materials deemed safe and those which will not be used in the future.

Certainly more should be done.

The industry needs more trained professionals including chemists, physicists, hydrologists, etc. In this regard qualified NGOs often coming from outside the industry have stepped in to fill the gap. For example, the World Wildlife Fund’s work in water conservation in India deserves special mention. Others such as UN based organizations have been of considerable importance.

Indeed, sustainability is everybody’s business, particularly those with technical knowledge and experience.

What is not needed are those with little knowledge and less experience who feel obligated to beat the already running horse.

The bottom line is that if you can offer real help, please join in. If you lack the experience and knowledge to help, please do not attack those who are working hard to move ahead. 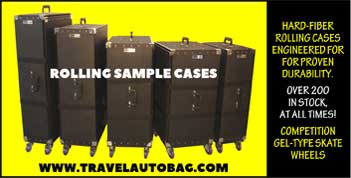 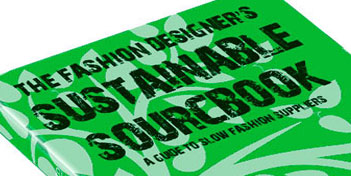 Fashiondex, Apparel Industry Publishers, was started in 1992 by a fashion designer who had arranged her Rolodex into types of fabrics and trims, instead of from A to Z.